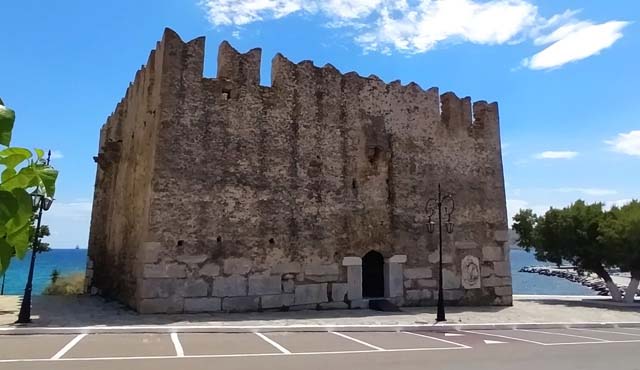 The tower at the eastern end of Karystos harbour known as “Bourtzi”, was built by the Venetians in the 13th century. Marble fragments of the Roman Mausoleum were used as building material for its construction. The tower was probably part of a coastal fortification.

Art exhibitions are hosted inside the tower during summertime.