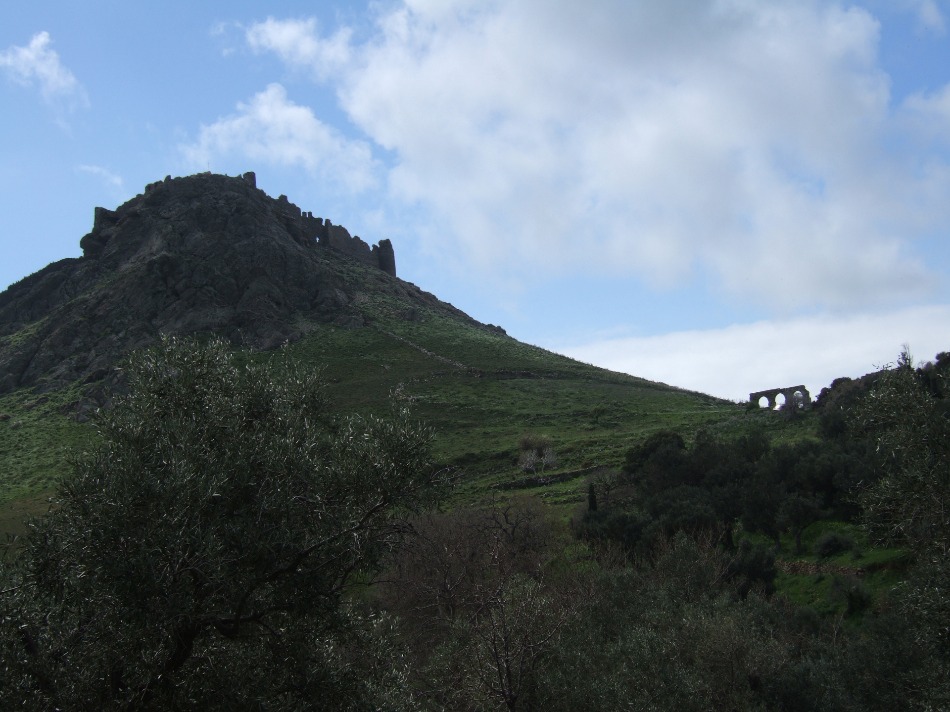 In the beginning of the 10th century a Byzantine castle was fortified on the top of the rocky hill overlooking Karystos valley and its bay. The Lombardian Baron Ravanus dalle Carceri erected a medieval castle, between 1209 – 1216, on top of Byzantine foundations. The castle was named ”Castello Rosso” due to the red stone with which it was built. Soon a town developed around the castle because of the security it provided to the population.

As early as 1255 Castello Rosso became a battlefield among the rulers of Evia. In 1276 the Byzantines conquered the castle after a siege, while in 1295 the Franks of Bonifacio da Verona recaptured the castle. In 1318 it came under the rule of the Catalans and in 1359 the Venetians bought the fief of Karystos for the sum of 6,000 ducats. The occupation by the Turks by Kotza Mahmut Pasha followed in 1470. During the Ottoman rule (1470-1830) the castles’ fortification was improved. The town around the castle was secured; the foundations of some towers and bastions, the remarkable vaulted cisterns and the remains of Turkish baths are preserved until today.

Today, Castello Rosso is open to visitors and offers a great ride and breath-taking sunsets in Karystos bay. Its ruined walls preserve the memories and secrets of the past, myths and legends with knights, soldiers and sieges. 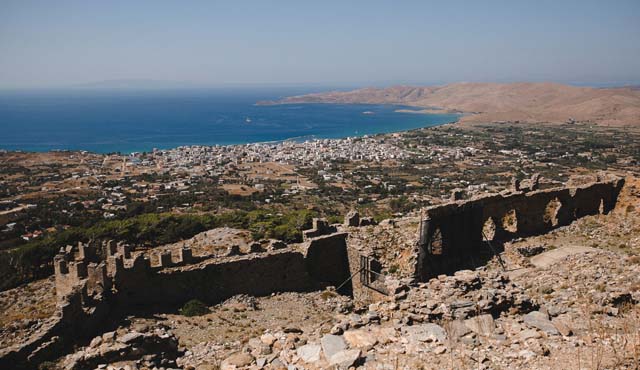 The enclosure of the external walls is constructed with impressive high walls and battlements.

The main gate is facing south and is invisible from the outside.

The ruins of an imposing two-storey building rise on the west of the main gate. This building had a large hall of ceremonies and should have been the residence of the master. Near the main gate, there was a large open courtyard, during the Turkish occupation some houses were built to house the families of the guards.

To the north and east, the walls lead to strong bastions and polygonal towers with ‘M’ shaped ramparts.

The south-west walls lead to a strong square bastion. Visible in its masonry are marble blocks, coming from the ruins of an older important building of the area. In the bastion was the guards’ room and it used to have a stone-paved roof that had a huge bronze cannon installed in the Venetian era.

The walls on the south-west side are reinforced by an imposing cylindrical tower; the second castle arched gate, which faces the “arches” of the aqueduct, is located near this tower.

On the north side of the castle, which is the tallest and most inaccessible part of the rocky hill, stands the inner fortress, the last defence stronghold. The church of Prophet Elias is built there.

Underneath the marble-tiled church floor, lies the great reservoir of the fortress, while nearby are the ruins of an austere, single-aisle church, probably St. John of the Franks. 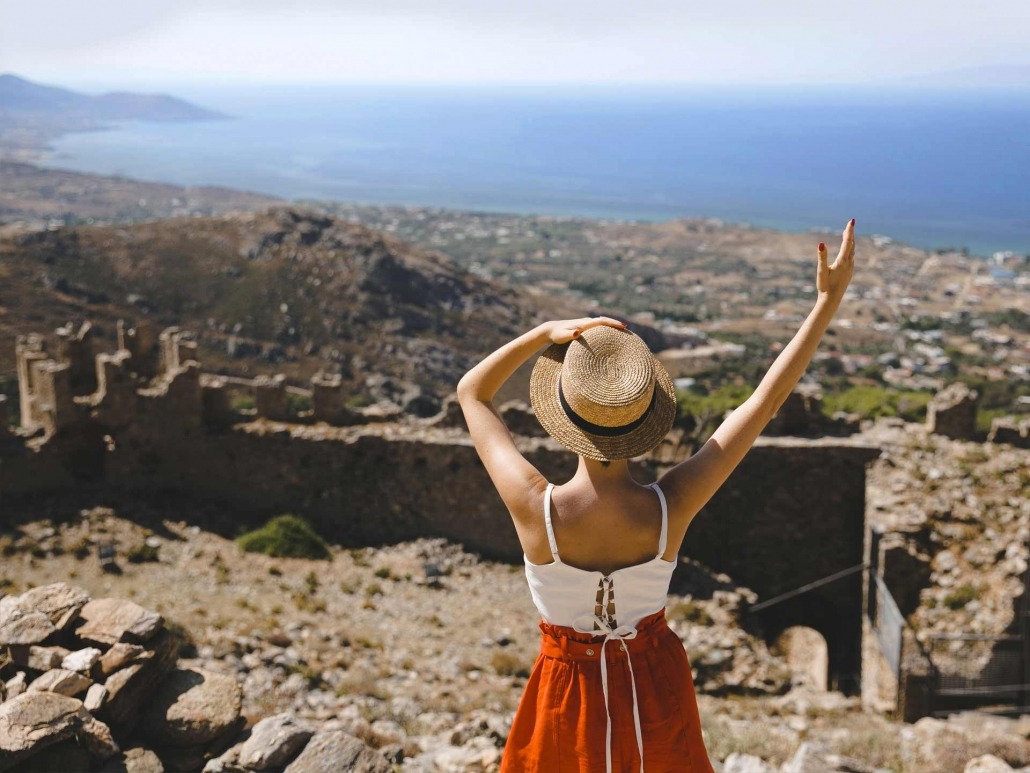 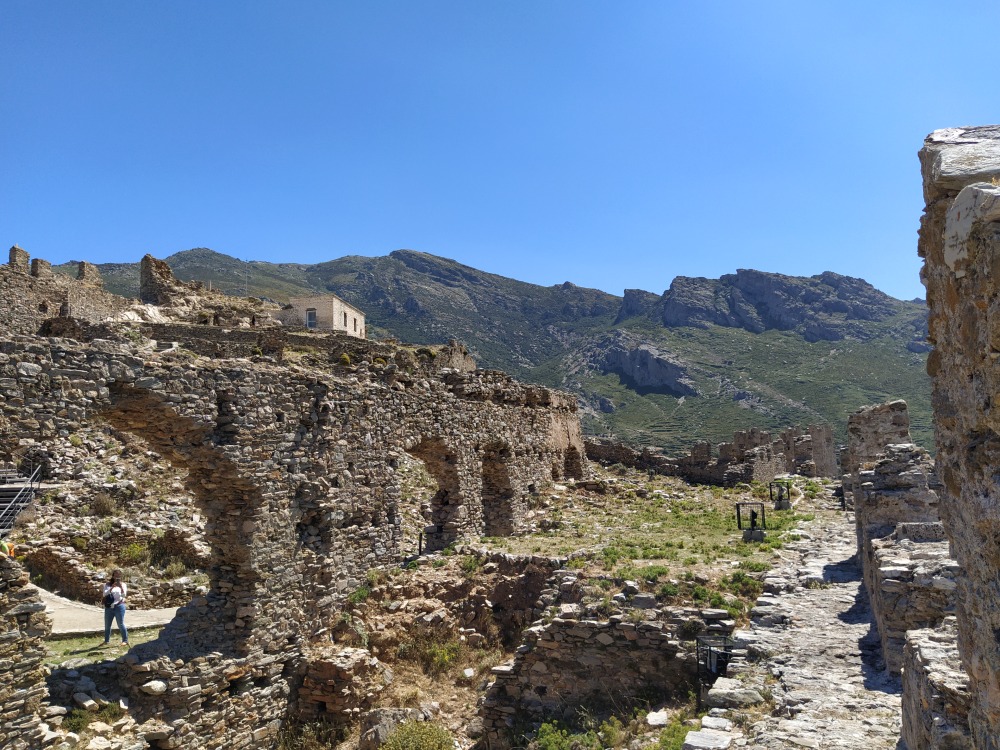