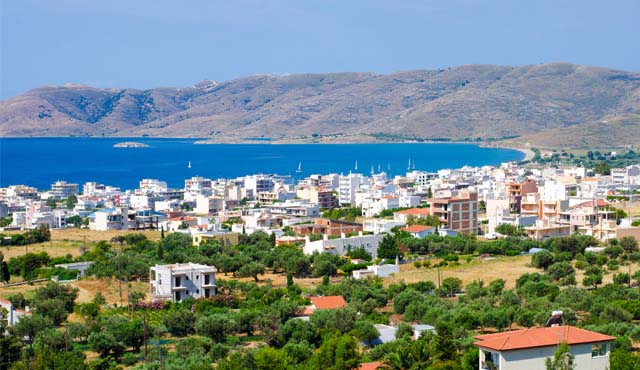 Karystos was founded in the middle of a beautiful horseshoe bay at the foot of Mount Ochi. Modern and comfortable, the town has a functional urban structure designed in the mid-19th century. As the political and commercial centre of South Evia, the town shows a continuous population growth with expansion of the city plan and an increase in settlements around the hills. The monuments that still exist, testify the regions’ rich history, and maintain the legacy of a great past. Nowadays, the Municipality of Karystos (14.000 inhabitants) consists of the Town with its surrounding settlements (7.000 inhabitants), as well as, the municipal districts of Styra, Marmari and Kafireas.

The main economic resources of the area are: stone slate extraction, constructions, windmill power, fishery, excellent livestock production (sheep and goats), beekeeping, wine and tourism. The combination of a mountainous and sea landscape, in addition to the good communications with Athens has helped Karystos to become a touristic destination. Karystos is a landing place for rest and relaxation; a good base for exploring the many beauties of South Evia.