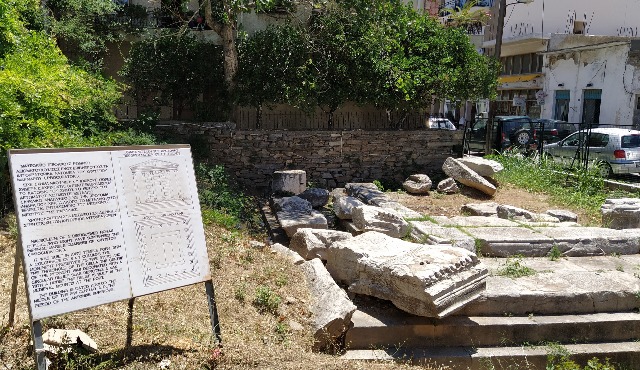 In the centre of the town, in a fenced-in plot, are preserved architectural sections of a Mausoleum dating back to the middle of the 2nd century. The mausoleum – tomb of a prominent Roman, was built like a temple with 6 x 7 Ionian columns. The pediment was decorated with a medal (circular relief) bearing the bust of a man holding a horse (Roman official who probably supervised the imperial quarries). The medal is today embedded in the medieval castle (Bourtzi) on the beach.