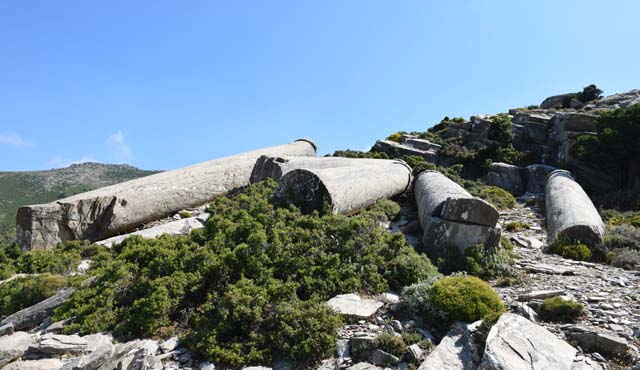 Karystian quarries, famous in ancient times, were in operation since the 1st century BC. The local green marble (Marmor Carystium or Cipollino Verde) was much in demand in Rome, Athens, Ravenna, Palestine, Constantinople and elsewhere.

The most remarkable ancient Roman quarry preserved in the area, is found in ‘‘Kolones’’ over the village of Myloi. The marble was cut out of the rock. Giant monolithic columns of about 12m long are still scattered in situ today. Huge volumes of shale are telling the story of thousands of years. You can hike to the ancient quarries ‘‘Kolones’’. The location is unique, with a spectacular view of the valley and bay of Karystos.