September 2018—Our hostess explains, laughing, that the name of this estate/vineyard in southern Evia probably means Mount of Leaves, from the Italian foglie, but that it could just as easily be Monto Folly or Mount of Fools. “It was madness to buy it and you have to be crazy to work as hard as we have to restore and maintain it,” says Marianne Karacosta, originally of Sweden.

But her husband, Pavlos’s, family came from Karystos, and a year before selling the family firm, Nounou, producer of evaporated and condensed milk, in 1987, he bought the estate, which had lain abandoned since the 1950s. One evening, he gathers us guests in a circle of marble blocks intended to remind us of Stonehenge, to tell us its story. 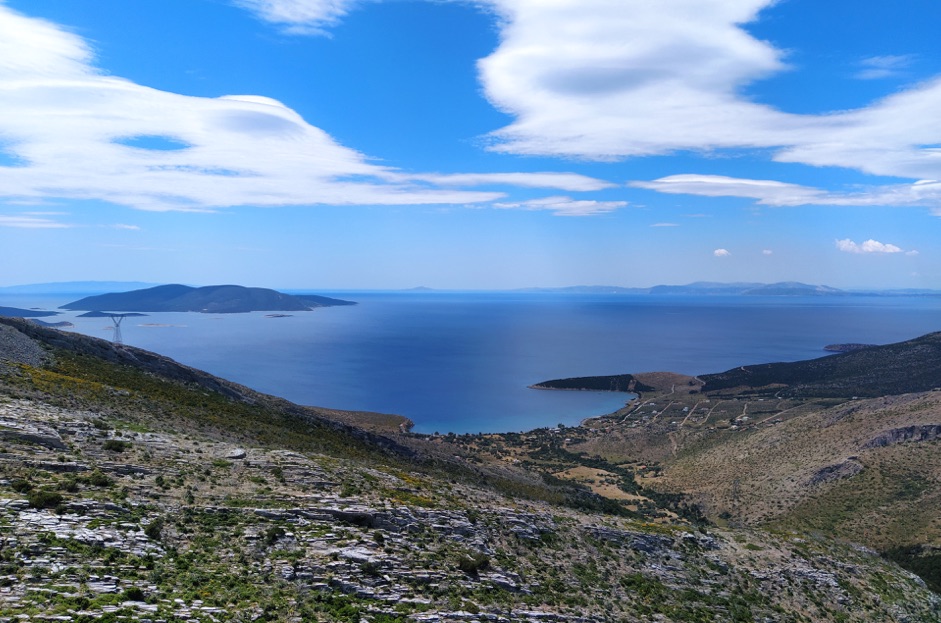 Karystos may not be as ancient as the Druids’ shrine, but it sent ships to reclaim Helen in the Trojan War, and Montofoli was once the site of Roman baths, a Venetian church, and the Turkish Pasha’s gardens. Roman finds from Montofoli, from almost illegible gravestones to well-weathered statues, account for most of the contents of the town’s two-room museum. But they litter the grounds as well, columns made of the famous green-streaked cipollino marble, so called because it’s layered like an onion (cipollo), amphorae and handles, column bases, and a staircase consisting of 157 marble steps that used to be part of the old road from the port up to the ‘suburbs’ and temples…